Back to Articles | « Previous | Next »
Home » New Yorkers rally in Albany on Earth Day; demanding action on climate change 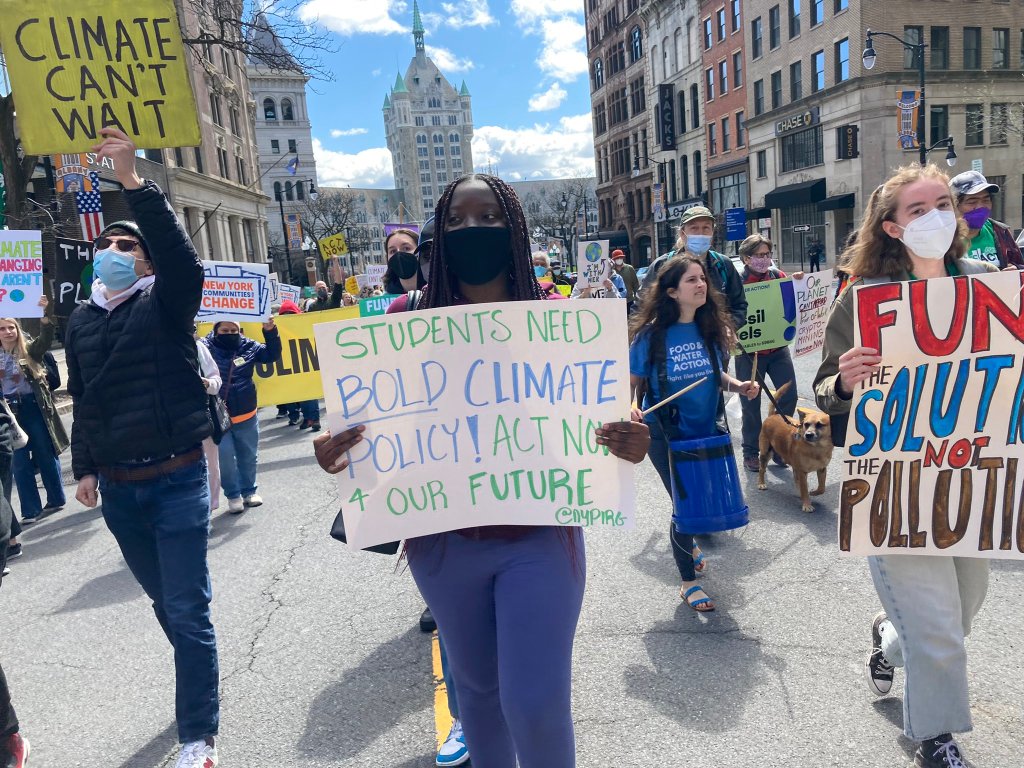 ALBANY, N.Y. — On Earth Day, 1,000 activists from the Climate Can’t Wait coalition came from all corners of the state to Albany for an Earth Day protest of what they called the state legislature’s climate inaction.

Activists, who had traveled to Albany by bus and bike, some having departed almost a week prior to the event, demanded prompt passage of 12 legislative and advocacy proposals to address the urgency of the incoming crisis.

The Earth Day protest comes on the heels of a “now or never” United Nations IPCC report, which lays out the need to move off fossil fuels as quickly as possible to avert climate catastrophe.

Climate Can’t Wait groups, representing hundreds of thousands of New Yorkers, cite two years of climate inaction from state leaders, and a failure for legislative leaders to come to the table on a critical statewide off from fossil fuels in new construction in the NYS Budget earlier this month, as clear indications that New York is not moving fast enough on the incoming climate crisis.

In the meantime, they say the climate emergency has accelerated in New York, with increased extreme heat, fires, storms and floods, including Hurricane Ida which took the lives of 42 New Yorkers last year.

“Our legislative leaders are failing us on climate, and New Yorkers won’t take inaction as an answer. Climate can’t wait and neither can we,” said Food & Water Watch Senior New York Organizer Laura Shindell. “Governor Hochul, Speaker Heastie and Senate Majority Leader Stewart-Cousins must move as fast as the climate crisis is moving towards us. It’s time to pass the nation-leading All-Electric Buildings Act now, and with it a full suite of climate policies to fully enforce the CLCPA.”

“I biked to Albany because I believe in the power of regular people to change the world through courageous choices, and the change we need is a healthy and abundant future for all of us New Yorkers.

ALBANY, N.Y. — On Earth Day, 1,000 activists from the Climate Can’t Wait coalition came from all corners of the state to Albany for an Earth Day protest of what they called the state legislature’s …