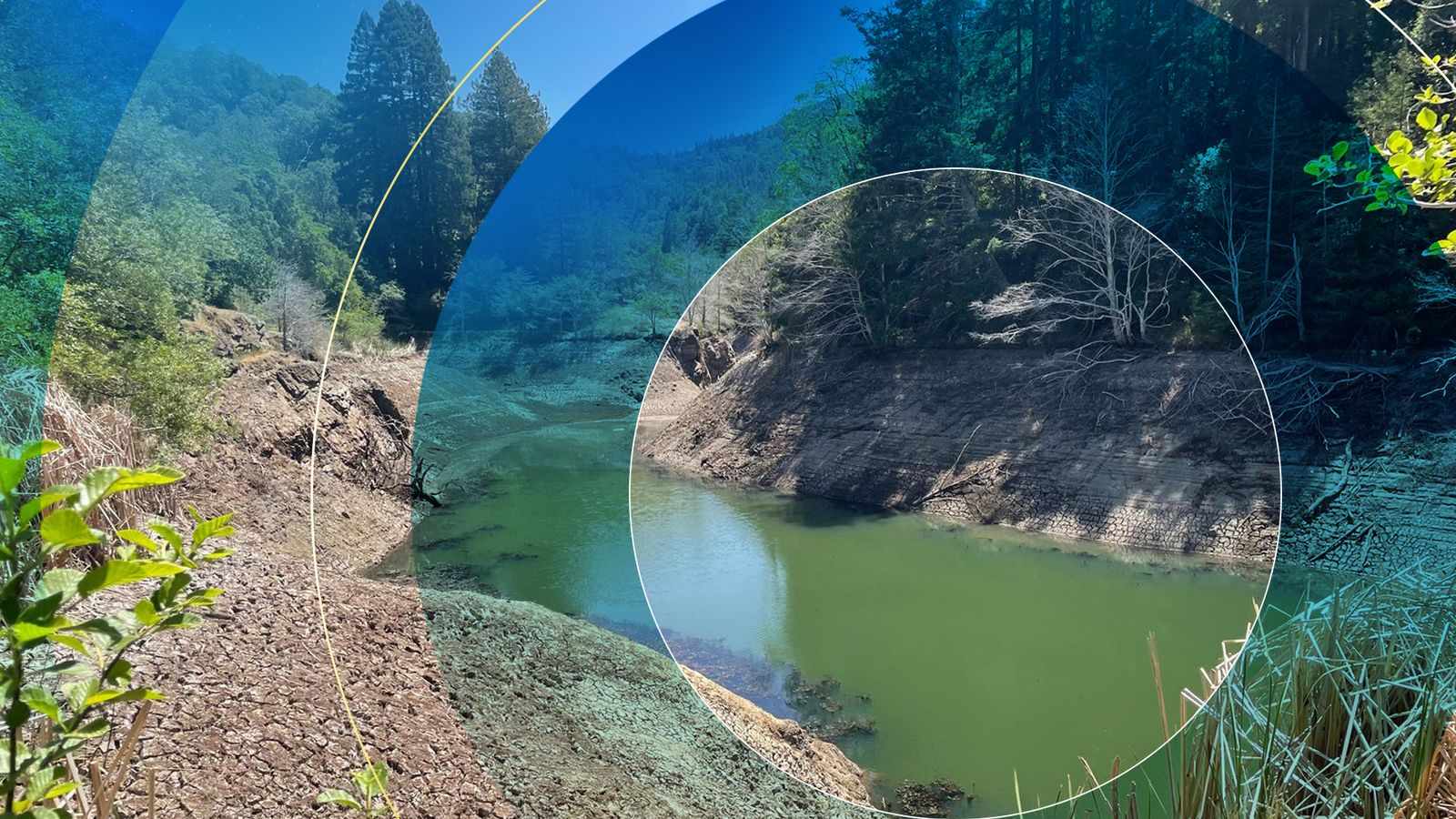 A stolen car has just been recovered from a reservoir in Marin County in California, 25 years after it was dumped there.

They only spotted it because the water level has dropped so low - a chilling sign of what the authorities say is a "historic" drought and the impacts of climate change.

The reasons are simple. "2020 was the driest year in 90 years, it is alarming," said Cynthia Koehler, the founder of the WaterNow Alliance and president of the board of directors of the Marin Municipal Water District.

The water levels are so low in the seven reservoirs that supply Marin County that she and the board have imposed mandatory restrictions on residents. Filling swimming pools and car washing have been banned and neighbours are being encouraged to report those violating the restrictions.

"It is clearly tied to climate change. The changing climate and everything we know from the scientists is that climate change is going to bring us droughts that are more frequent, severe and intense and that's what we're experiencing," Ms Koehler added.

A new once-in-a-decade update from the US government's National Oceanic and Atmospheric Administration on climate "normals" has reported an "upward shift in temperature averages" as being evident, most notably in the American west and south west. It won't surprise anyone in California